Listeners tuning into a regular radio show which broadcasts religious services will have an unexpected surprise this weekend -- a programme made up largely of silence.

BBC Radio's "Sunday Worship" usually features Christian services, but will this week be broadcast from a meeting held by Quakers, also known as the Society of Friends, the Daily Telegraph newspaper reported Saturday.

Quaker meetings are centred around a long period of quiet contemplation by the gathered participants -- usually lasting around an hour -- with no hymns, sermons, spoken prayers or priests. The BBC has previously had little to do with broadcasting Quaker meetings lest listeners believe their radios have broken down, the report said.

The broadcaster's radio stations additionally have a technical back-up system which automatically transmits music in the event of a long silence, which it presumes is a technical fault. Sunday morning's 40-minute programme will come from a Quaker school in Reading, Berkshire, and will include a period of silence, although a shorter one than usual, the report added.

In church this morning, a bigger congregation than I had expected since this is the middle of a long weekend.

Rob continued his series of sermons from the gospel of John. He considered the way in which people found it hard to accept Jesus' message even when he was right in front of them, performing miracles and explaining his words.

The priests who made up the Sanhedrin must have heard more details about Jesus than just about anybody, but their reaction was to plot how to get rid of him.

Current ideas about modernising the church, moving with the times and making things more "accessible" to a young audience are doomed to failure. Watering down the message may bring in a few more people, but to what end?

The moral I guess is that we can't actually convert anybody. We can only present the message that's in the Word of God and let the Holy Spirit's grace bring people to Jesus.

As with most things, in the end it's all up to God. 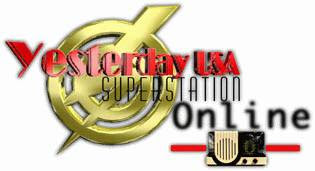 The date of April 25th looms up. This will be my 55th birthday, which is a bit confronting. How can I be halfway through my 50s? It feels like only a few years since I turned 30.