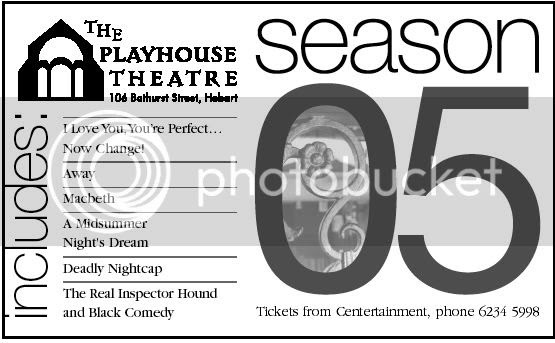 The final production in Hobart Repertory Theatre's 2005 season was the comedy double-bill The Real Inspector Hound and Black Comedy.

Hound was written by Tom Stoppard, who is best known for Rosencrantz and Giulderstern are Dead. It was first performed in 1978 with Ronnie Barker starring as the drama critic Birdboot who gets much too involved in the play he's supposed to be reviewing.

Stoppard lands some telling blows in the dialogue, sending up both the classic whodunit play and the pompous drama critics in its audience.

"I am the real Inspector Hound!" The last line is a classic. 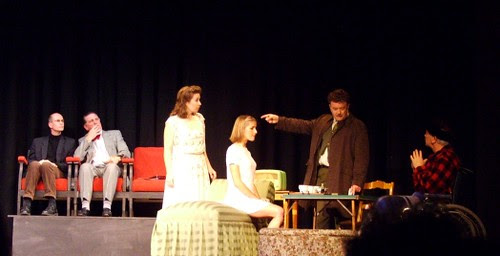 Following interval, the cast of five men and three women returned to perform Black Comedy. Peter Schaffer is best known for such serious dramas as Amadeus and Equus but this play, written in 1965, shows him in a delightfully lighter mood.

I had seen Hound many years ago at the Theatre Royal, but the second play was new to me, and the opening scene initially caused me some bewilderment.

But after a few moments I understood everything. The action takes place in a London flat during a power cut -- the audience can see perfectly but the characters in the play are groping around in what to them is inky darkness. The farcical results had us rocking with laughter.

The humour was both verbal and physical, with the biggest laugh for the actor who unknowingly sits down in a rocking chair and goes head over heels. 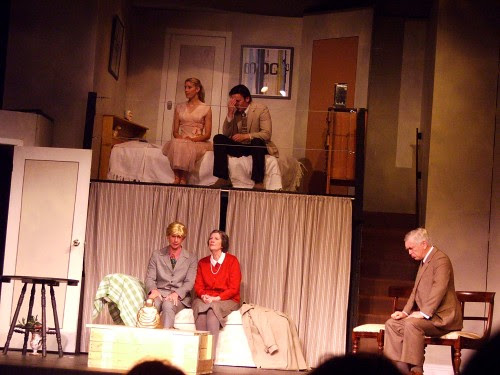 Graham Corry directed both plays, with a cast of familiar Rep faces on stage at The Playhouse.

And special thanks to the patient people at the box office after I forgot my tickets for the second time in a row.

Next year we can look forward to The Venetian Twins, The Lion in Winter, And then there were none, Pride and Prejudice, Peter Pan and Outside Edge.