If I'd known I'd end up shaking hands with the Governor, I would have put on a better shirt. I wasn't expecting that when I joined the semi-annual Open Day crowds at Government House in Hobart. 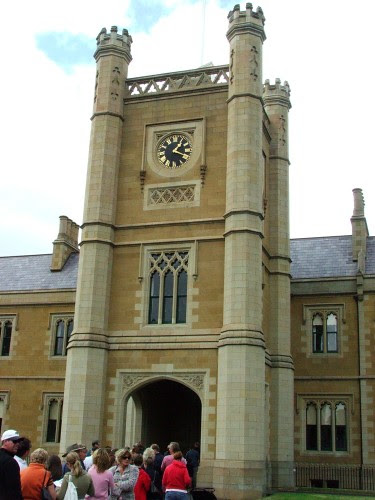 The place was built in 1857 and is one of the nicest vice-regal residences in the Commonwealth. Designed by William P. Kay, it is described in the brochures as "a fine example of an early Victorian country house in neo-Gothic style and is one of the largest of its type in Australia" (73 rooms!).

This is where the Queen stays when she's in town.

The standard of decoration and ornamentation is high, and you spend as much time looking at the ceiling as you do at the furniture, portraits and fine art. Here I am looking about.... 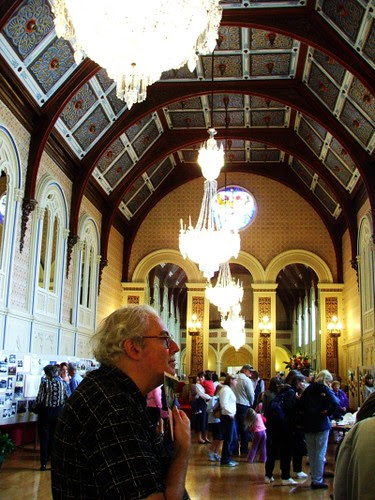 The tour funnelled us through the drawing room, the ballroom and the conservatory. Our mouths were open and our eyebrows raised for much of the progress through the house. It was simply amazing. 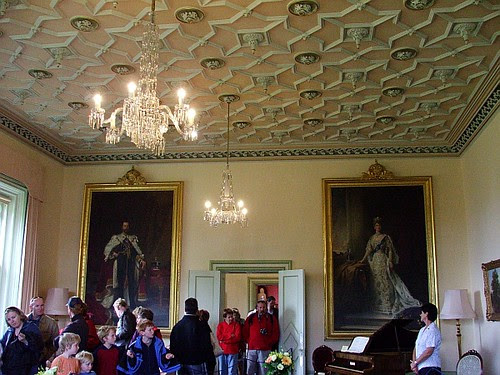 Finally we came to the rear and exited through the conservatory into the grounds, where a military band was entertaining the crowd and community organisations provided light refreshments.

I have been in the grounds of Government House before, but this was the first time I'd had the opportunity to see the interior. 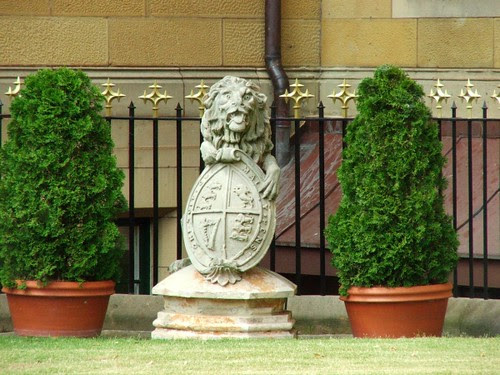 It was there in the final room that the Governor, the Honourable William Cox, and his wife Jocelyn, were shaking hands with the visitors. I think the woman in front of me actually curtsied.

As usual whenever I meet important people, my mind went a complete blank. "So, what do you think of our house?" asked His Excellency jovially.

Desperate to say something - anything! - I gabbled something about "Wonderful! It's really...er... wonderful." The governor didn't seem surprised; he probably gets that reaction all the time.

My sister, however, had a real moment of angst. Her camera's batteries had died seconds before the governor and his lady hove into view! A unique photo opportunity lost, alas.

At least we know we were there.

We didn't do too badly in our first month of Broadband. Between me and my sister Julie we managed to download 6200 MB during peak hours and 1400 MB during off-peak time.

Not bad for a couple of old fogeys, I thought.

I remember the salesman looked a bit surprised when we opted for the 20GB-per-month option on our ADSL, but the next option down was absurdly low. We'd prefer to have too much rather than too little.

What time is it over there? Visit the World Clock and find out.

CLICK HERE TO SEE MY PICTURES
Posted by Mike Hobart at 6:36 pm