a hot time this morning 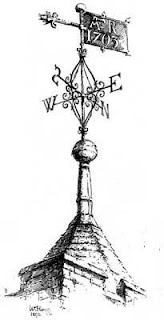 Hell. That's what it was like this morning.
I thought I was having a hypoglycemic attack,sweating and feeling like I was going to pass out. The expected cold change didn't come in and as it got closer to midday it just got hotter and hotter.
For about three hours it stayed up around 30 degrees (that's around 86 in the old Fahrenheit scale) and I think the humidity was about 55%.
One of Julie's friends Merv had come by to collect some rubbish that we'd cleared out of the driveway yesterday and I tried to help but I had to keep retreating inside to sit down and drink iced soda water. I just couldn't cope with it.
Thankfully the cold change did finally move in late in the afternoon and the temperature started to drop after 3 o'clock.
Fire crews and helicopters were out fighting brush fires that had sprung up during the hot and windy afternoon. More news here: http://www.fire.tas.gov.au/mysite/Show?pageId=colPublicNews
Roll on the autumn is all I can say.

Meanwhile we attended the Irish Association's usual monthly quiz night at the New Sydney Hotel. We had a team of five, with a wide span of general knowledge. In spite of that, we had a couple of disastrous rounds in the middle of the night and I feared the worst.
We chose the "television" round to joker for bonus points, but it was a debacle. All the questions were about obscure details from sitcoms that I never watched. I thought we'd sustained a mortal wound when we only scored two out of a possible eleven points, but when the scores went up I found that was not unusual. One table even scored zero.
The other categories - People & Places, Literature, Movies, Ireland, Music, Sport and History - were kinder to us and in the end we won in the Silver category. Of course it helped that most of the other teams went for Gold and there was actually only one other team up against us.
The prize is just a few vouchers for free drinks, but at least we could share those around the team. One of the other tables won a movie ticket -- how do you share that between six people?

From the news desk -- a sign of the times. The new Federal Government says all schools will be able to apply for help to assess their security needs.
The Government will spend $20 million on the program, which will see ASIO and the AFP (Australian Federal Police) assess the security risk at applicable schools.
Acting Prime Minister Julia Gillard says while the scheme will specifically target some schools, all are welcome to apply.
"It would be of no surprise to people for example that many Jewish schools have had cause for concern about security arrangements," she said. "The program is there to assist schools who feel themselves to be at risk and who are at risk."
Times have certainly changed since my school days.
The only time you saw the police outside my old school was when they were directing traffic at the pedestrian crossing.
Posted by Mike Hobart at 9:29 pm