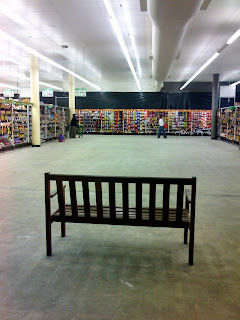 Cold and dark these mornings as we get deeper into Autumn. My vision is not the best under dimly-lit conditions and one morning I found that I'd left my bedroom wearing not odd socks but odd shoes.

I thought my gait was a bit funny.


Very tired again. I've been so weary lately that I haven't updated this page for almost a month. Will do better next month.

Sally Lockhart Mysteries #1: The Ruby in the Smoke

Billie Piper stars as Sally Lockhart in this adaptation of award-winning author Philip Pullman's (His Dark Materials trilogy) The Ruby In The Smoke. That gave me pause - Pullman's reputation as an atheist is a bit off-putting.

In this story an orphaned teenager seeks the truth about her father's death in the dark and dangerous world of Victorian London.

If you nodded off and woke up after the opening credits, you might think you were in an episode of Charles Dickens' "Bleak House" that you'd somehow missed. The evocation of 19th century London is very well done and the cast fit into their parts well. Julie Walters in particular is so submerged in her role it's almost impossible to recognise her.

Some plot elements seem a little implausible - the freedom enjoyed by young women and black people doesn't ring quite true.

What's a bit startling is the fact this is based on a novel for children. There are several fatal stabbings, drug use, brutal beatings and the implied threat of under-age sex. Children's books have obviously changed since I was a boy.

Heritage Road Moonstone 2005 Semillon Chardonnay
Pleasant white from southeastern Australia with the apple-citrus of the semillon comlpemented by the peach-fig in the chardonnay. Goes down well with most meals.

Blue Tongue Sauvignon Blanc 2005
Nice drop that claims to blend passionfruit, gooseberry and kiwi fruit. I can't taste any of those but it's an agreeable white wine (even if it is named after a lizard!).

Yallum Ridge 2004 Verdelho semillon
Once again, a passable white from a vineyard I've never heard of before this.

Lennard's Crossing 2005 Chardonnay
This wine, that promises to be "full and soft on the palate" when served chilled with your favourite fish or meat, comes from Pokolbin in New South Wales.
Posted by Mike Hobart at 1:59 am

You've been missed.
The Crusty Old Codger
in the desert