the real, the dream and the future 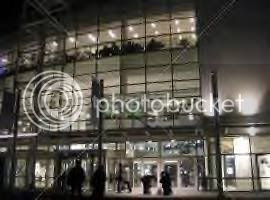 Tuesday was a difficult day, though not for the reasons I had expected. I knew from the start that I had to make sure my sister made her lunch appointment in North Hobart, that I had to take Kay to the supermarket and that I had to do two days work in one this week because of the Australia Day holiday on Thursday.

I got through the morning and the afternoon without too much trouble - sometimes I was pretty busy, but we completed everything at the office on time. The car was a worry though: that noise every time I stepped on the brakes could only foreshadow some urgent and expensive repair work.

This kept me so distracted that we were almost finished in the supermarket before I realised something else was going on. I had just made a sharp left into the frozen food section and was waiting while Kay debated the merits of various ice creams when I thought to myself "I don't feel so good..."

Leaning against the deep freeze, I turned my attention inwards instead of outwards and decided I did not feel myself at all. There was nothing that stood out among the symptoms, but there was a general malaise that made me suspect my Blood Glucose Level had dropped while I wasn't paying attention.

I bought the smallest chocolate bar I could find and consumed it as soon as we got through the check-out. I stood there munching away without much enthusiasm, then wheeled the trolley out to the car.

After I loaded the groceries, Kay said "You know, diabetes is one of those complaints where it's not so much the disease itself that worries me, but the side-effects...."

My patience was at a low point and I snapped "Exactly where are we going with this?"

Kay rolled her eyes. All too often, her mouth and her brain are running at different speeds - she'll tell you that herself. "Actually I'd like to change the subject, but I wasn't sure how to do it once I'd started on this topic!"

"Let's change the subject then," I said. "That suits me fine."

I was rather downcast for a while. This is the sort of thing that I had hoped to avoid ever since I was diagnosed with diabetes.

It all made me a bit uneasy about the future.


A couple of days later I woke up early; went back to sleep and I had this incredibly vivid and unsettling dream.

In the dream I left my home and went out to do some routine errands. Everything was normal until I met up with my friend Graeme. He had just bought some interesting old books and we went into this market. There were a lot of old books that I recognized but I couldn't seem to touch them. Graeme had wandered away, and somehow I found myself going in the wrong direction and ended up going up a lot of steps into this enormous shopping centre.

It was one of these gigantic neon-lit places that went for miles and was filled with all sorts of shops. Every shop was packed with people and I had difficulty getting through. While I was trying to find my way out, I ran into my sister who told me that I had been away all day and that everything at home was in chaos because I'd been gone so long.

She told me that my mother had gone into hospital again and that I would have to go and see her when I got out of this place. I was disturbed by that, because it seemed to me I had only been away an hour or so — perhaps I had fallen asleep and not noticed that so much time had passed.

Since we were so late, for some reason we decided to have a meal before trying to find our way out. The restaurant was very crowded and we had trouble finding a seat. We had to share a table with a family whose small child scattered food in our direction.

While we were trying to eat, I muttered to myself "I'll bet this is another one of those dreams. I seem to spend an awful lot of time in Japanese-style shopping centres in my dreams recently."

It was difficult to get about in the crowd because I was carrying some bread rolls in a bag. When we left the restaurant, we tried to get down a very steep and very wide staircase, but it was blocked by tables of people eating. In all the confusion someone picked up my bag of bread rolls and I picked up his bag of different bread.

Somebody directed us to another exit. This was a smaller staircase, but it was only one flight above the little side street that led out of the shopping centre. A lot of people were trying to get out through it at the same time, and nothing seemed to be happening.
At last we got on to the stairs and tried to get down them. I lost my packet of bread, which didn't concern me a lot since it wasn't mine. But the way ahead was almost impassable because the stairs were steep and narrow; every step was cluttered with piles of books and the long line of people had slowed almost to a stop while they tried to work out where to put their feet.

I could see down the stairs to the little side street. It was quiet and almost empty and I knew that if we could just get down the staircase we would be all right.

Looking at the precariously balanced piles of books and papers (the titles of many of which were familiar to me), I realised that nobody else was going to be able to make a decision and I called out for everybody to stand still.

I began picking up the books and (as gently as I could) dropping them into the street below. After a while there was enough room for everyone to get past and the stairs were empty in a very short time. My sister and I were free to go home now.

I walked off the stairs, into the street and that's when I woke up.

For a couple of minutes I lay there stunned. The dream seemed so powerful and charged with personal meaning that I felt I'd received a direct message from a higher power. I was disoriented, trying to adjust to the real world, which seemed a pale imitation of the universe I'd just left behind. A fly landed on my forearm and I flinched, thinking this was the start of some new manga-style fantasy. The images were so fresh in my mind that I immediately went to the keyboard and typed this out.

The other day I was leafing through an old issue of Reader's Digest and skimmed through an article about a doctor who had started a group for the study of dreams. In her opinion, all the people we met in dreams were symbols or messages for our waking minds.

That didn't impress me, because I knew that a lot of my dreams were either incomprehensible jumbles or straightforward blends of real memories in a new form.

But after this dream I began to believe that she might have something. Maybe reading the article had primed me to be receptive to this brainstorm of a dream. Not to mention the large number of people in the various books of the Bible who received messages in dreams.

But unlike Pharaoh in the Old Testament, I didn't need to call in consultants to interpret my dream. My life was the shopping centre, full of noise and motion but with little real significance. The only exit was the narrow way, but it was cluttered with things that I had let build up there. I was the only one who could help myself – I just had to make the decision to do it.