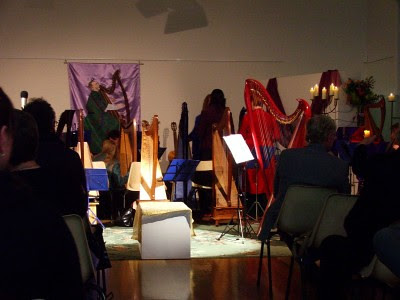 Last year's performance by the Hobart Harp Ensemble saw the biggest audience I've experienced at the Moonah Arts Centre, so I made sure we arrived early for this week's show.

And a bloody good thing too. We arrived twenty minutes before the official start and the place was almost full then. By starting time, it was standing room only and the front doors had to be closed.

It wasn't just an hour of harp music — there were strings, pipes, flutes, even something called an Irish bouzouki. Celtic traditional songs, ancient Irish harps and lutes, ending with a moving rendition of "Brian Boru's March" The audience applauded madly, forcing three encores. 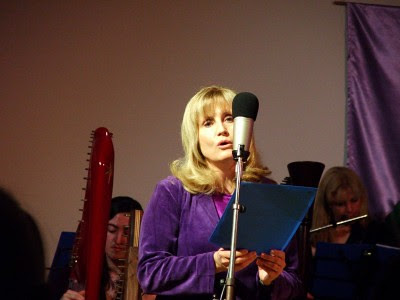 I don't know that I'll be at the next concert. I've seen Taiko drumming at open-air venues and I'm not sure that I want to be shut in a small building with a troupe of drummers pounding away. Not without industrial ear-protection anyway. 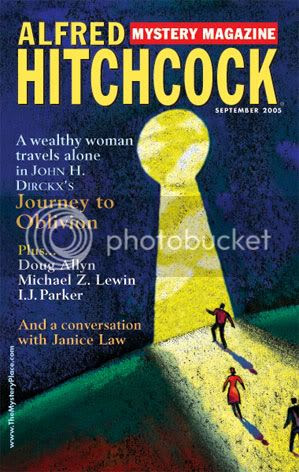 In the September issue of Alfred Hitchock's Mystery Magazine, the cover story features a woman who starts off on a vacation and has car trouble in the middle of a thunderstorm in “Journey to Oblivion” by John H. Dirckx.


What amused me about it was that it reworked the plot of Hitchcock's classic Psycho to the point where you could almost hear the screaming string music on the soundtrack. Yes, the ending was different, but I enjoyed all the familiar plot elements in a different setting.


They say that the best in-jokes are the superfluous ones. If you've seen the movie or read Robert Bloch's novel you'd enjoy the story a little more, but if you hadn't (shame on you!) then it was still a perfectly serviceable whodunit short story.


Spring is here. And today was National Flag Day.

However, since this is Australia they held the celebration on Friday rather than Saturday so it wouldn't conflict with the football...