Beyond Narnia and into the mud 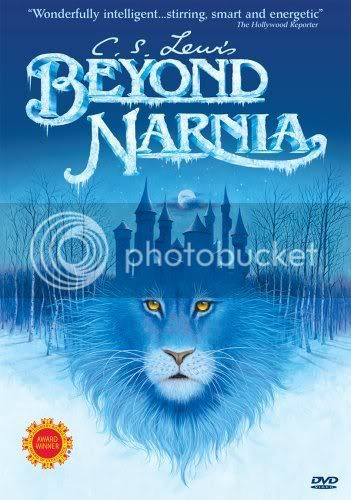 I hope everyone saw the screening of the docu-drama "Beyond Narnia" on ABC-TV's Compass programme this month.

This was a fascinating look at C.S. Lewis and his most famous creation, blending interviews with a cast of actors led by Anton Rodgers as Lewis. It all worked very well and even I learned a few new facts about the author of The Lion, the Witch and the Wardrobe. 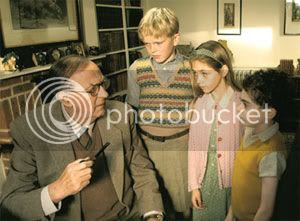 Rodgers was very good as Lewis. That wasn't a surprise.

I've seen him in many things over the years, including a now-forgotten 1968 television series based on P.G. Wodehouse's novel Ukridge.

Back in the 1970s I also saw him on stage in Melbourne when the Young Vic Company were touring with their production of The Front Page.

He did a reasonable American accent, which is amusing because he is a very English actor.

Julie's house was the subject of some attention by a crew from the Hobart City Council last week. In fact they were out there with surprising promptness after she finally phoned to tell them there was water running down the hill from the front of her house.

It was a problem that the stopcock for the water was in the middle of a veritable plantation of roses and blackberries. The thorn factor was pretty high, but they got in there.

Turning off the water over the weekend, though inconvenient for the house, should give us a better idea of where the water is coming from.

It had been getting worse over the last couple of weeks. Whenever I've taken Julie's dogs out into the yard, I've had to pick my way carefully. Last week I wasn't careful enough.

Even using a stick for better balance wasn't sufficient for me to keep my footing when I got into the mud. I felt myself sliding, but there was nothing I could do.

I think my left hip hit the ground first. My fall was broken by a pile of sandstone blocks left over from a building that once stood on the site – not a lot of give in it, I admit. My left arm whacked against a block and I said "Oh Gosh!" or something along those lines (or not).

The two dogs, hearing me fall, turned and raced back across the yard to my side.

And ate the apple that I'd dropped when I slipped.

I stared at them chewing in front of me while I gathered myself to try getting back to my feet.

"You're a disgrace to the canine species," I said. "I don't know what Lassie and Rin Tin Tin would have said."

Stephen Deken had some sad news to announce this month:

There is no easy way for me to say this.

Diary-X has suffered from an unrecoverable drive failure. Due to a combination of issues, the last backup (from December 2004) contained only configuration files and other non-essential files. We do not have any other backups for the site. All journals, user information, forum posts, templates, images, and everything else are all irrecoverably lost.

In the past several hours, I have had to decide whether or not I should put the site back online at all. Only those users who backed up their own journals (either using the journal download tool or otherwise saving each entry) would be able to reconstruct their journals. Everyone else would have to start over. Whatever developed as a result would still be called Diary-X, but it wouldn't be the same.

I believe it makes the most sense to close Diary-X permanently. Tentatively, the site will go dark on March 31st, 2006.

This is sad news for all bloggers. Diary-X was my first introduction to blogging and I've been a member for years. Everyone who contributed to it will feel a loss at seeing it go.

We had planned to go out to the movies on Monday afternoon but the arrival of our broadband modem distracted us. By the time we worked on setting it up and made out a list of things we needed to pick up while we were out, it would have been difficult to fit it into our day.

With any luck, Walk the Line will carry over for another week at the Village Cinema complex.

At the moment we're trying to get used to not having to log off when we finish checking our e-mail.